From Virginia in The United States, we find classic rock quintet AXIS FIVE, who have a fabulous new ten-track album out now called 'EARTHLINGS’ which runs in at just over thirty minutes long and is the band’s third release.

AXIS Five are: David Stanfill - lyrics/keyboards/vocals, John Hrysenko – drums, LG Stillwell – guitars, Jason McClelland – guitars, and bassist Bill East. Singer and lyricist, David Stanfill, was four years old, living in Memphis, Tennessee. His parents noted that he could watch someone play something on the piano, and pretty much replicate the song and retain it for months. So they enrolled him into piano lessons which proved to be a very developmental phase for the young musician as he explored classical training and music theory, along with the freedom from his beloved instructor to begin creating his own new songs. He continued piano lessons for about six years and began writing full lyrical rock songs and rock ballads with synthesizers in his teens. When asked, “What do you want to be when you grow up?” David would always chuckle and answer, “A Rock Star!” Then, when David was fifteen, he began playing the trumpet, using the same trumpet his father used in high school. David quickly became known for putting some serious dedication into his playing. "I believe I took every band class they offered. Theory, Jazz Band, Concert Band, Marching Band, Soloist… I think I had all band classes and PE my senior year of high school. It was here, with the trumpet, where I ‘learned to breath’, project, place feeling in the melodies, and accomplish dynamics," he expresses. During these teenage years, he must have written hundreds of songs by the time he was twenty. Then, the nineties happened. Grunge! Pearl Jam! Stone Temple Pilots! Sound Garden! This period of music only fueled his desire to write and perform. “This is what I wanted to do! So, through my twenties, I experienced full throttle band life as I began singing cover songs for soon to become full-room audiences. Travelling around the United States performing is hard work; but, my inner voice kept telling me to just keep writing. Even now, I pull from those early creative writing days when I need to and re-use the ‘hooky’ chord structures I worked so tirelessly to create.”

In September of 2011, AXIS Five, found David singing at a local bar and was amazed at the vocal performance. John Hrysenko, Drummer of AXIS Five adds, “We were a four piece, needing that singer with star potential. David fit this band perfectly… a fourpiece looking for a singer to write record and perform new rock. So I went up to his door and knocked. The rest fell in place and magic happened. Our creativity just meshed so well, and his lyrics were simply incredible.” Within a year, their attempt at recording was accomplished with 'Memory Maker' an EP with a complete story line from beginning to end. The response for the songs was incredible, and support for the band came pouring in. A year later AXIS Five released twelve new songs on 'The Other Side' album and demand for concert performances quickly filled our schedules." In June of 2017, the band had more than enough songs for another album and they went to LA to record with the legendary Ryan Hoyle (Collective Soul). Guitar parts were hammered down and the new ‘EARTHLINGS’ album was created, ten carefully chosen songs elegantly placed to give each listener a full rock experience. An oldschool alternative drumdriven driven sound with soaring vocal choruses and guitar riffing madness. The difference with ‘Earthlings’ from Axis Five's other albums is the professionalism of the writing and the production level is at its highest point in our careers as musicians.

The 'EARTHINGS' album is mixed by Ross Hancock and mastered by Chris Graham – two die-hard professionals at the top of their game, and they were able to capture the bands grit as well as their finesse. While listening to their songs (over and over), I feel a powerful attempt to reach a broad meaning of who we as human beings truly are. What we feel, what we believe, what we think about, situations we’ve all been in, and what can be learned are all infused into their music… from governmental and environmental concerns to breakups and the choices we make as we grow old. AXIS Five songs are said to rarely biographical, but a profound meaning seems to be at the center of every song which makes me feel like the person writing these lyrics, has to have some deep and connective insight into these “earthly” situations. What makes Axis Five stand out is the skill of their contributions to each body of music. "We all hone each song feverishly at times until it is completed and ready for the crowd to hear. When we are together, working on a song, creativity oozes until the pieces become stone. We call our song writing process The Axis Five Effect," enthuses David.

“There are long periods of time when I wake, work, eat and sleep with my iPad in order to attempt to capture the words and melodies that seem to pass constantly in my head.” The lads are filling up their schedules with concert after concert. The UK seems to be listening… hopefully they can get the support to create a tour over “The Pond” soon. With the successful release of “EARTHLINGS”, the band’s hunger to write more has only seemed to increase. They have purposely set aside some time periods through this year for completing their fourth album presently being recorded and mixed. For the future, the band plans lots of trips. "With the demand for live performances tipping the scales, we see lots of mileage ahead. It is because we have wanted this all of our lives and have the support of our friends and families that we can do this. Our legacy is being built here, we intend to share it with the world," says Bass Guitarist, Bill East, with intensity. “EARTHLINGS” drums and vocals were recorded by Ryan Hoyle. Guitar tracks were recorded by LG Stillwell and Bill East. Mixing was completed by Ross Hancock, and Mastering was by Chris Graham. The “EARTHLINGS” physical CD with lyrics is available online at the bands website: www.AXISFIVEBAND.com, and the songs from all of their albums are all available now to buy or stream. 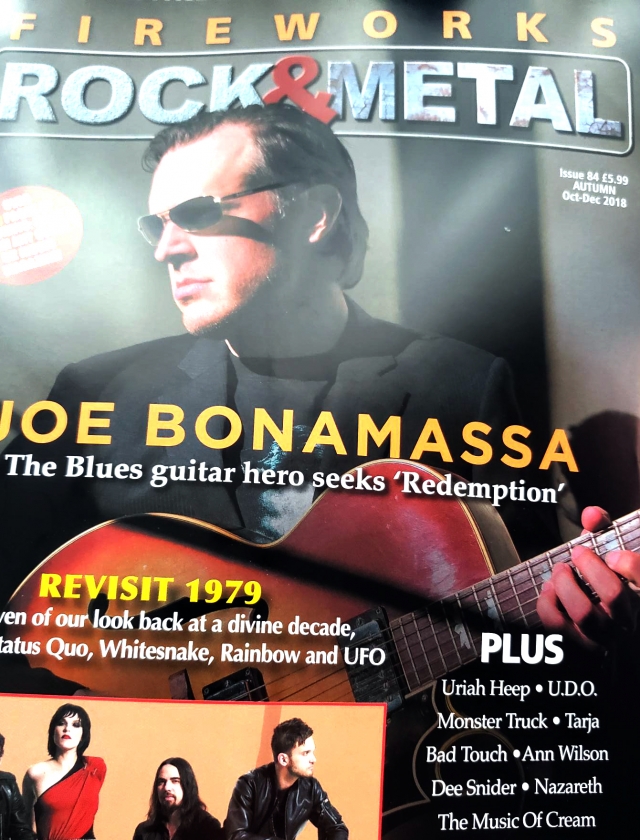